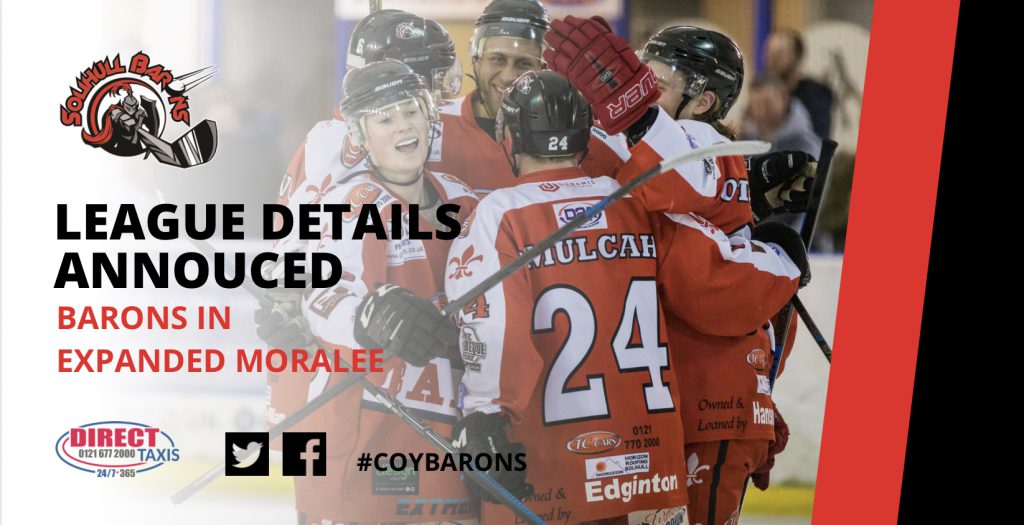 The EIHA have today confirmed that the Direct Taxis Solihull Barons will return to play in a slightly expanded Moralee (NIHL N1) when the league kicks off in September.

The season will kick off on the weekend of the 11th September with sides facing each other twice, home and away over the season. The league will run until mid-April with a play-off weekend for the top 4 sides over the 23rd and 24th of April.

In addition we expect to take part in a cup competition and details of this, together with pre-season ties and season tickets will be released shortly.