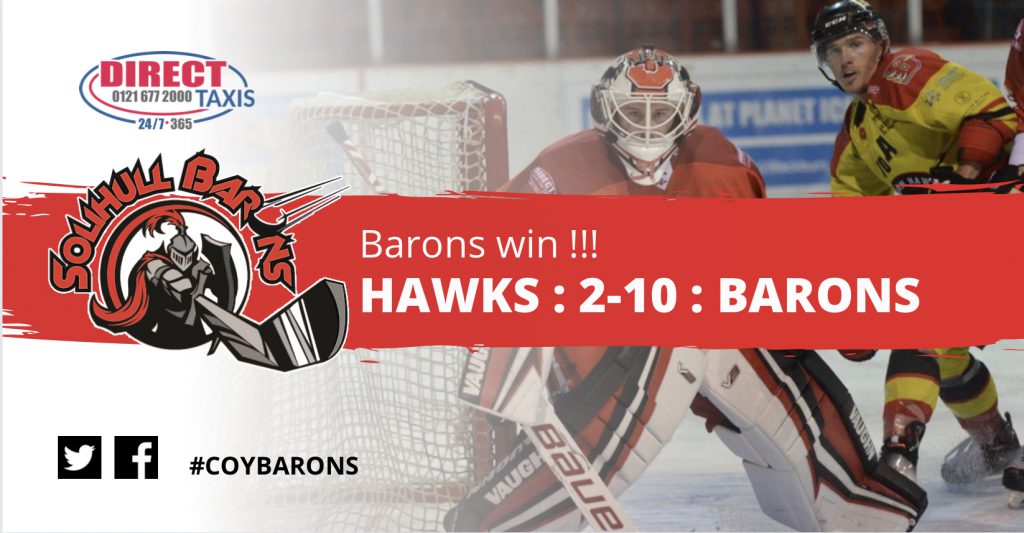 The Direct Taxis Solihull Barons rounded off a successful long weekend away with a dominant display against the Hawks in Blackburn on Sunday evening.

Despite the final result, the Hawks were the first to score, Lee Pollitt firing home for Blackburn just after two minutes. Thoughts the Barons may have been suffering the after effects of Saturday’s hard fought tie in Dumfries were dispelled in the second half of the period as goals by Niklas Ottosson, Tom Soar and Richard Slater gave the Barons a comfortable lead heading to the dressing room after the first twenty minutes. More here