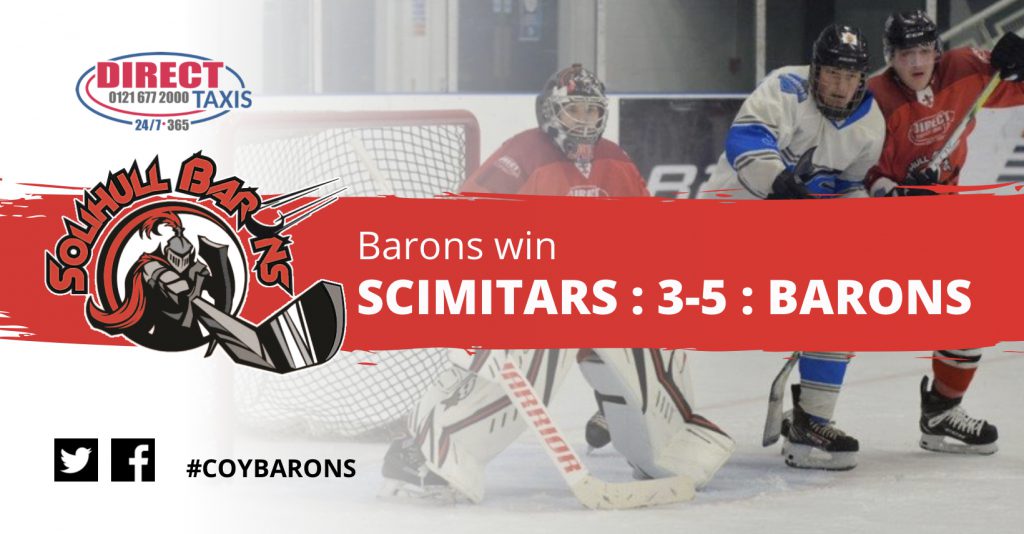 A short benched Direct Taxis Solihull Barons made the most of an early advantage on Sunday and hung on to win against a strong third period performance by the Scimitars to bring the points back to Hobs Moat.

Just shy of seven minutes, the Barons opened the scoring as Tom Soar fired home off of support from Niklas Ottosson and Dan Mulcahy and within 30 seconds of the restart the same trio had doubled the Barons lead, Soar once more getting the final touch. More here