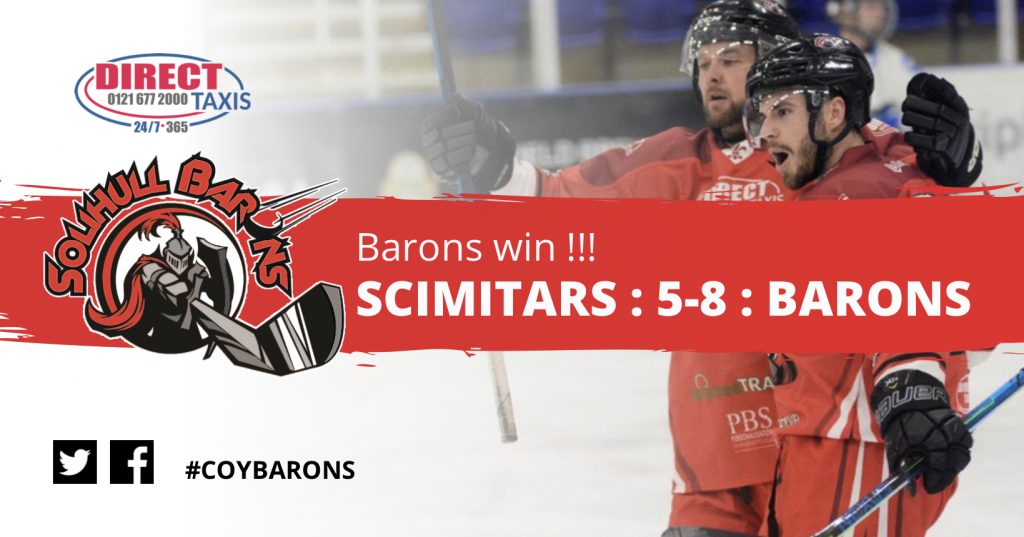 The Direct Taxis Solihull Barons scored an impressive win at Ice Sheffield on Saturday against a strong Scimitars side, allowing the Barons to climb back above the Yorkshire side in the Moralee league.

Tyler Nixon christened the score board with a power play opener for the Scimitars within 5 minutes and this was quickly reinforced with a second for Sheffield as Michael Danecko fired the puck beyond Sam Hewitt in the Barons goal. The Barons would however rebalance the ice mid-period with Ash Calvert getting his own powerplay goal and this was backed up by Elliot Farrell shortly after for the Barons second.