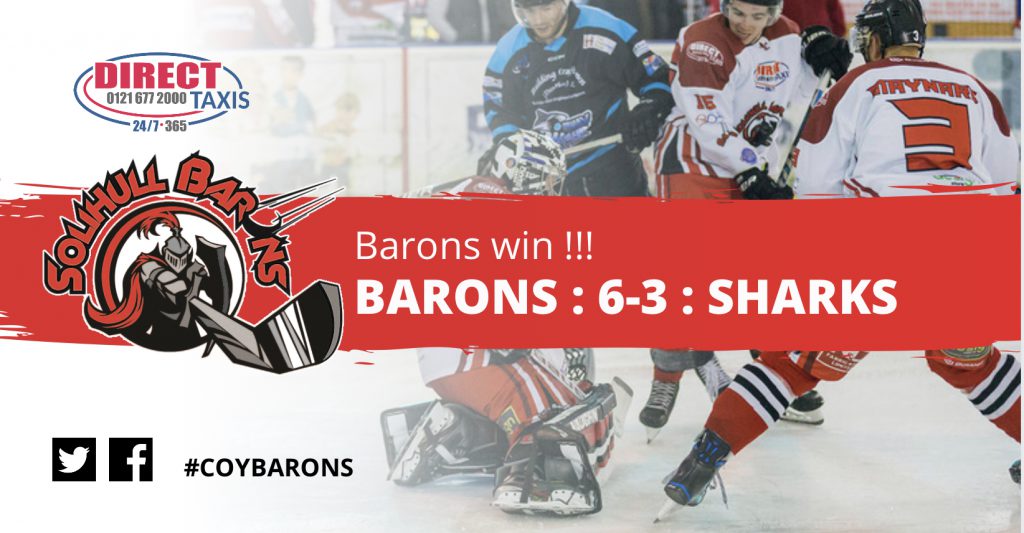 The game was barely two minutes old before the Sharks Richard Bentham took offence at Phil Mulcahy and got a bit rough before Matt Maurice intervened. The resulting powerplay was capitalised on by James Smith with a wrap around goal to give Solihull the early lead. Despite this, the Barons would enter a spell of being unable to clear their lines against a strong Sharks offence and this pressure bolstered by a couple of powerplays was converted into an equaliser after eight minutes and then a go-ahead goal three minutes later, Kieran Hair and Michael Thomson with the goals for Solway. More HERE