The Direct Taxis Solihull Barons had a disappointing trip to Teeside on Sunday when they went down to a heavy defeat against a relatively young and enthusiastic Billingham Stars squad backstopped by a brick wall of a goalie performance from Thomas Brown.

The Stars found the net midway through the first when 19 year old Callum Wilkinson made the most of a Billingham powerplay for the opener with nine minutes gone. The Stars doubled their lead three quarters through the first twenty, Chris Sykes this time slotting the puck home. By the first period buzzer the Stars were three to the good as Wilkinson once more scored on the powerplay.

The Barons started the second quickly with James Smith scoring within 30 seconds of the puck drop but this would not signal a revival for the Barons with routes beyond Brown and into the net being impossible to find.

The Barons continued to fire pucks on Brown through the third but the Stars keeper held firm while the on fire Callum Wilkinson earned his third and fourth goals of the night before the 60 minutes were up.

The Barons are back on home ice on Sunday for a tricky tie against the Widnes Wild.

League newcomers the Wild have quickly shown that they are highly competitive in Division 1 with wins over the Stars, Lions, Hawks and Scimitars and so will more than fancy their chances against Solihull. Widnes usually bring loud and enthusiastic support so here is to another exciting game and a great night at Hobs Moat ! Face-off 5:30pm. 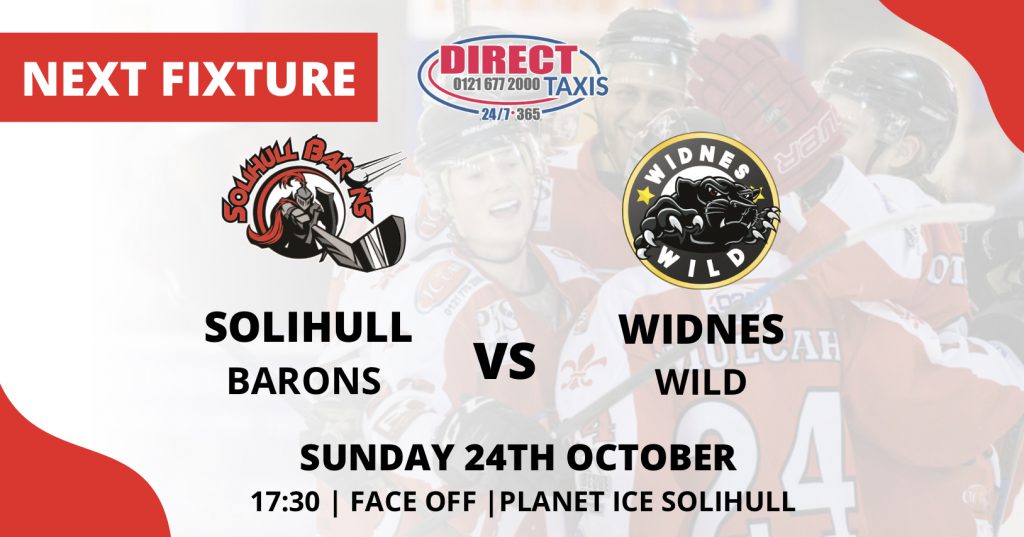 Henry Adams has signed a 2-way contract with the Sheffield Steeldogs. This allows him to ice for the Yorkshire side when the Barons are not playing.

Brodie Jesson has left the Barons with immediate effect.