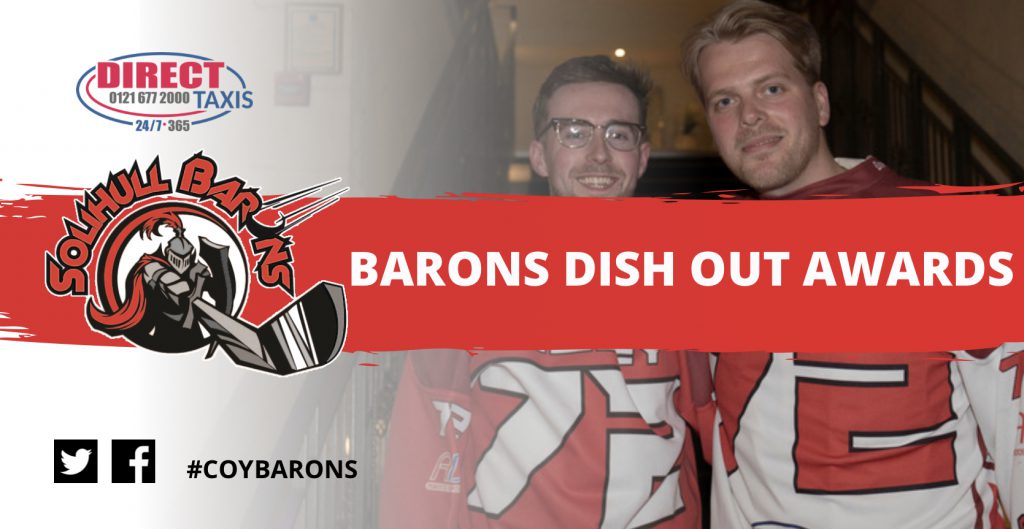 On Friday evening the Direct Taxis Solihull Barons dished out the end of season awards at Nailcote Hall in the presence of friends, family, sponsors and supporters.

Ray Tookey award for Defenceman of the year: Marcus Maynard

In addition to these awards, the Supporters’ player of the year award was won by Sam Hewitt, who unfortunately was unable to make it to the presentation and will collect his trophy in due course.

We hope that those of you who joined us at Nailcoat Hall enjoyed your evening and we look forward to seeing you all again come September. In the meantime, keep following through the summer for news on signings, schedules, season tickets and all your other Barons news.