Barons do the Dozen

With the league now counting down the remaining games of the season, points have become ever more precious and no more so than between the APL Solihull Barons and the Whitley Warriors who went into the past weekend holding the final two play off spots. While high stakes games can often turn out to be cagey, conservative affairs, Sunday’s game was a high scoring and highly entertaining tie.

The first period was played at a high pace with both sides trying to set out their stalls early with a series of fast breakaways at both ends of the ice. The scoring in the first period would be dominated by powerplay efforts, the Barons Andy Whitehouse getting the games opener after less than two minutes, slotting in from a few feet following a tripping call on the visitors. By ten minutes the Warriors had given away another penalty and this time it was Josh Bruce who found the net for the Barons as the Whitley penalty ended. The Barons would complete a trio of first period goals as Andy Whitehouse picked up his second goal of the evening in the fifteenth minute, again a powerplay goal. The Warriors would have their own chance to have a man advantage in the final two minutes of the first twenty, and they too cycled the puck well for their own opener – Dean Holland finding the net.

The second period would be something of a goal fest with each side adding a further four to their tallies – for the Warriors, an effort from just over the blue line by veteran, Alan “The Rocket” Yarrow got the biggest cheer from the travelling support. For the Barons a pair of goals from Joe Henry stood out – the first a short handed effort as Henry and Josh Bruce harried and fore checked the Warriors in their own end and led to the Barons fourth. Henry would also get the Barons final goal of the period, a sweet one timer which rattled in off the post within seconds of him leaving the penalty box. Rich Slater and Tom Soar also posted goals in the second period to give the Barons a two goal advantage going into the final twenty minutes.

The scoring would continue apace in the final period, the Warrior’s Jordan Barnes cutting the Barons advantage to a single goal soon after the restart. A 5 on 3 penalty in favour of the Barons eased the home support’s nerves and a resulting Matt Maurice goal restored the two goal cushion. The sides would trade a further pair of goals to keep things tight as the clock clicked toward the final five minutes at which point a trio of Solihull goals via Elliott Farrell, Tom Soar and Matt Maurice sealed the victory and brought home the points for the home side.

In a quirk of the scheduling system, the two sides will not have much longer to wait to meet up as the they will clash once more this Sunday at Silver Blades Solihull and the points on offer will be ever more precious to both sides as they aim to firm up their play-off credentials. Face-off 6:00pm. 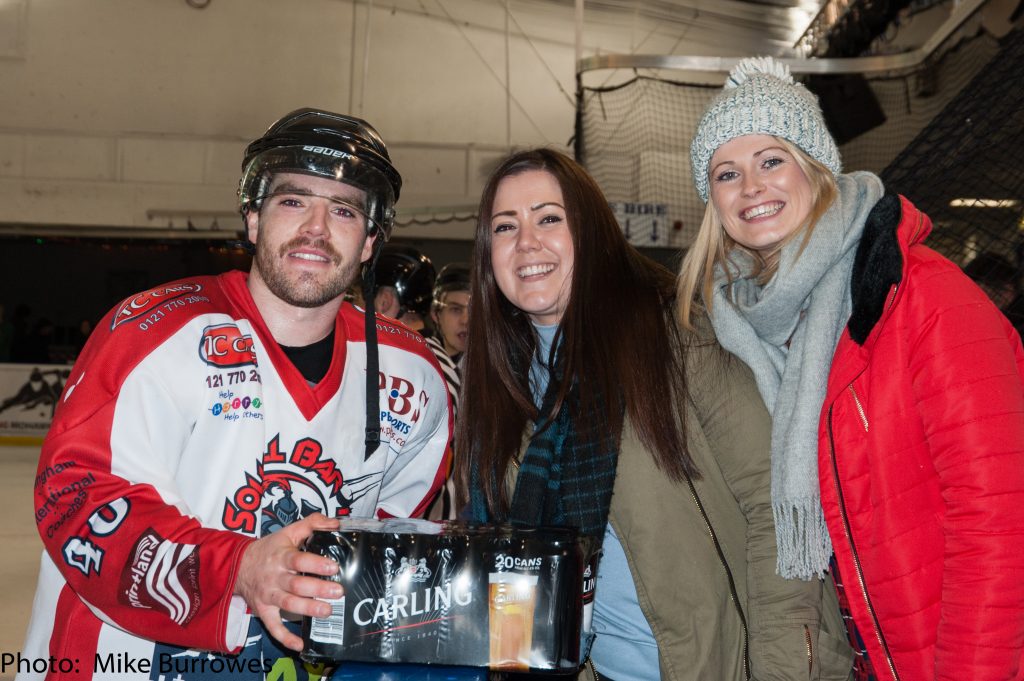 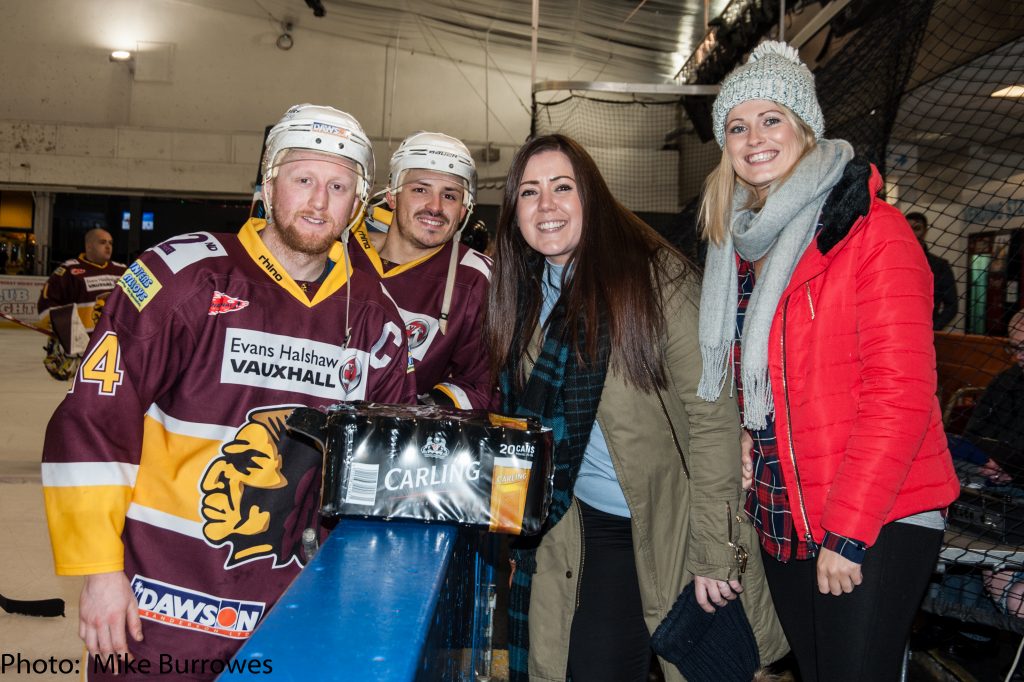 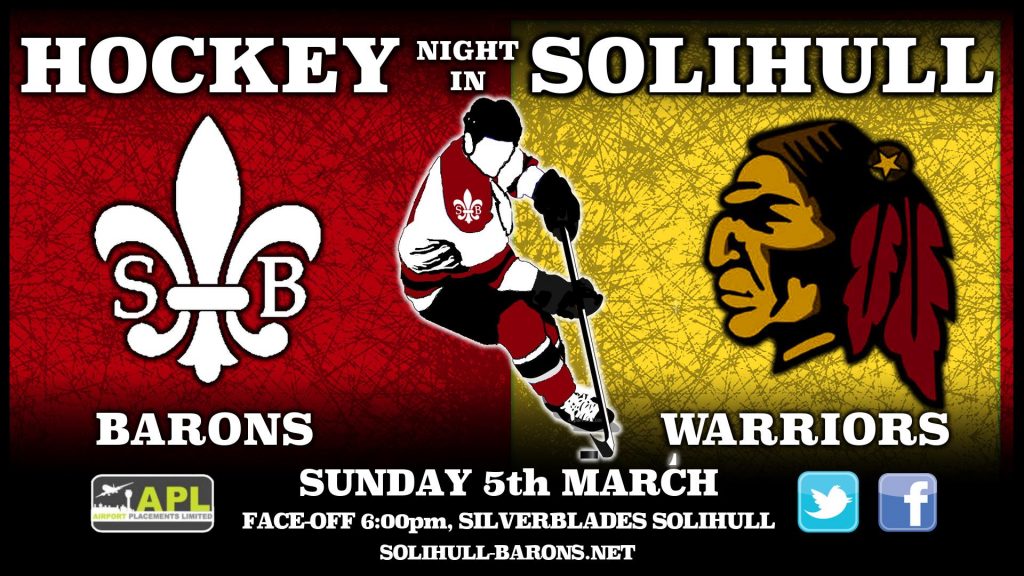