The TC Cars Solihull Barons showed impressive form with a convincing 7-1 victory away at the Blackburn Hawks on Saturday evening to contunue their preseson preparations in positive form.

The second twenty would however see the Barons covert their dominance in play into pucks in the net as first Matt Maurice would score a couple of minutes into the period, before the same player doubled the lead just shy of the half hour mark. The Solihull lead would be further extended before the period end as both Elliot Farrell and Tom Soar found ways to get the puck past Fone.

The final period saw the home side get a compensatory goal early on as Tom Parkinson spoiled Danny Brittle’s clean sheet. The result however was never in doubt as Tom Soar, Luke Brittle and Dave Rogers rounded off the scoring with three more goals for Solihull.

The two sides meet once more tonight at Solihull and while the Barons will hope for more of the same the visitors will no doubt spend the trip down the M6 plotting a different result. 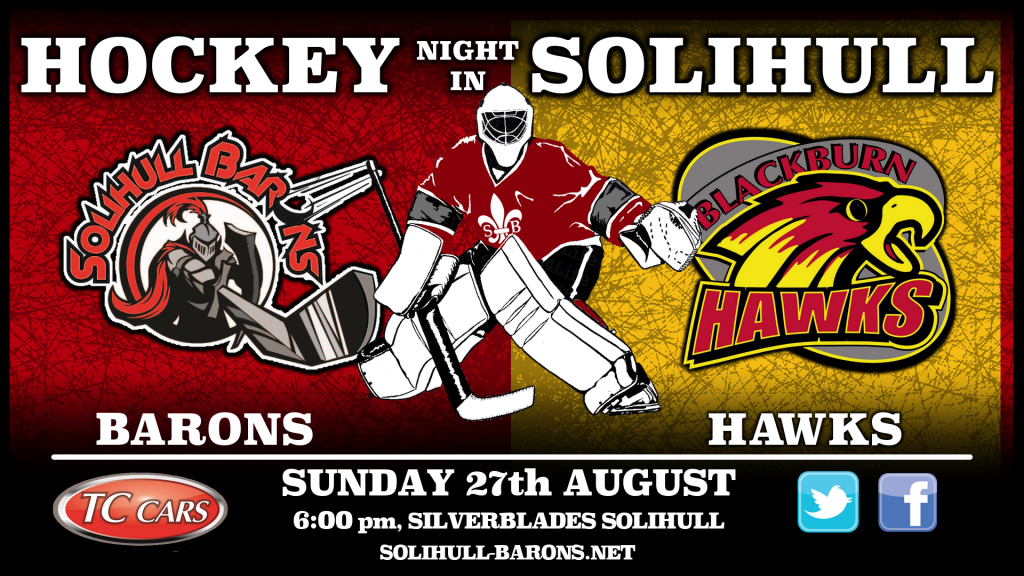