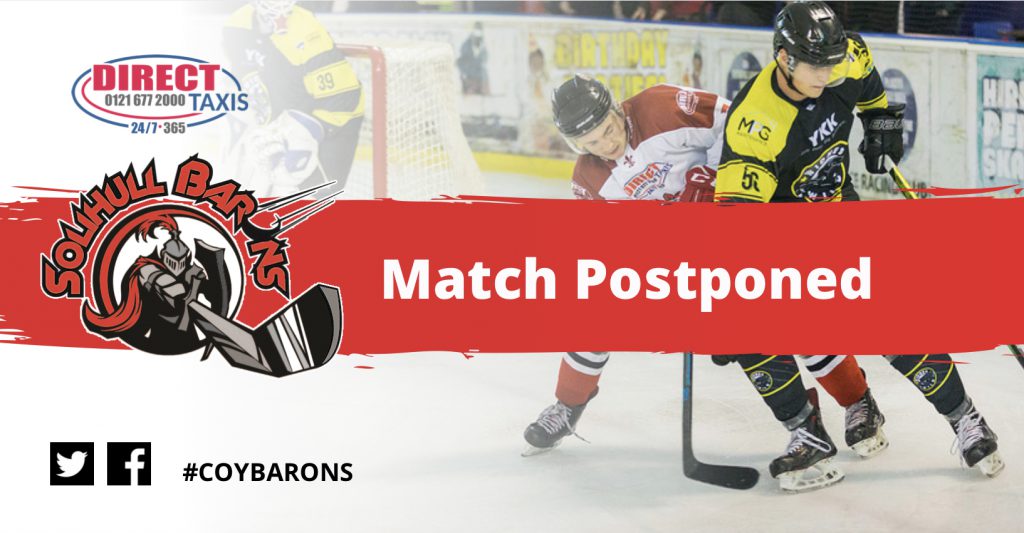 The Direct Taxis Solihull Barons regret to announce that our game against the Widnes Wild scheduled for Sunday 2nd January will have to be postponed due to an outbreak of Covid within the Widnes side.

Both teams have agreed to the postponement, which has also been ratified by the EIHA.

While this is unfortunate, as ever in these times, the safety of players, officials and supporters is obviously paramount.

A re-arranged date will be announced shortly and we look forward to welcoming the Wild back to Hobs Moat as and when, even if this will be a little later than originally planned.