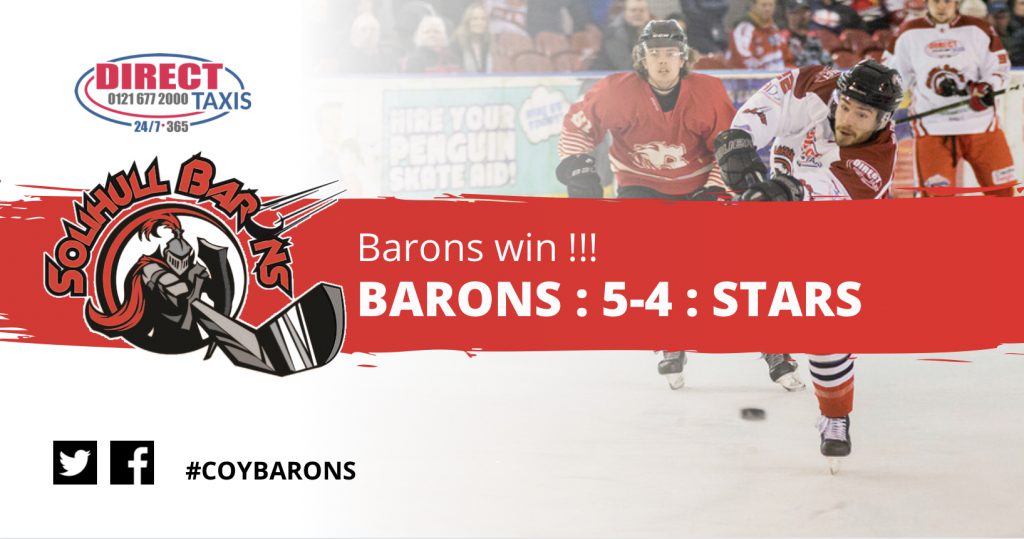 The Direct Taxis Solihull Barons bolstered their league points tally with a win in a closely fought tie against the Billingham Stars on Sunday evening.

After nine minutes, the Stars found the net on their second powerplay of the evening. While their first largely had them pinned into their own end they capitalised next time round as Chris Sykes found a way round Hayden Laverick for the opener. By mid-period there was a pause in play following some shenanigans on the corner boards and once the penalties had been doled out the Barons were left shorthanded. Despite this the Mulcahy brothers combined to give the Barons the equaliser – Phil breaking up the ice with Daniel finishing. More here