The TC Cars Solihull Barons would like to make our support aware of a few fixture changes.

The one which will create most excitement is the outstanding home tie against fellow title challengers the Whitley Warriors, which has now been confirmed as Saturday 8th February at 5:30pm.

The sides also meet at Hobs Moat on the 1st of March with the two ties against the Warriors having a big say in how the top three in the league will end up come play-off time.

Two more amendments relate to away ties against the Blackburn Hawks with next weekend‘s meet-up against the Lancashire side now moved into the New Year.

The Midlands Cup tie away at the Hawks originally scheduled for 21st December has now been moved to the 5th of January.

The Moralee division league game away at the Hawks, originally scheduled for the 5th of January slot is now set for the 7th of March.

It is possible to get the official And up to date EIHA Calendar for the Barons on your phone or desktop.

Navigate to : https://eiha.co.uk/nihl-north-1-moralee/ and click on the Solihull Barons in the league table. This brings up our fixture list as below and if you click where shown – look for ‘Add to Calendar’ – you can download the schedule file for your calendar app. 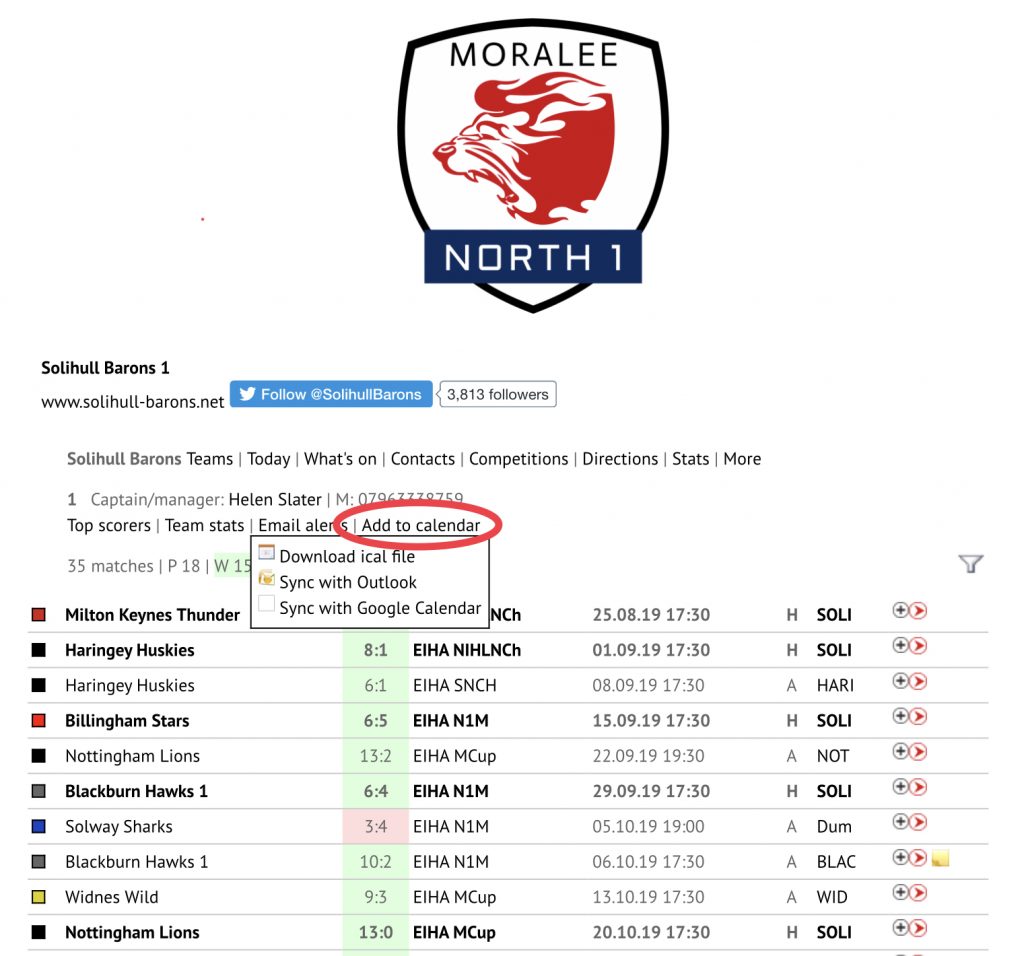