The TC Cars Solihull Barons can announce that fan favourite Rob Eley is to return to the Barons with a position on the coaching team for the 2019-20 season. 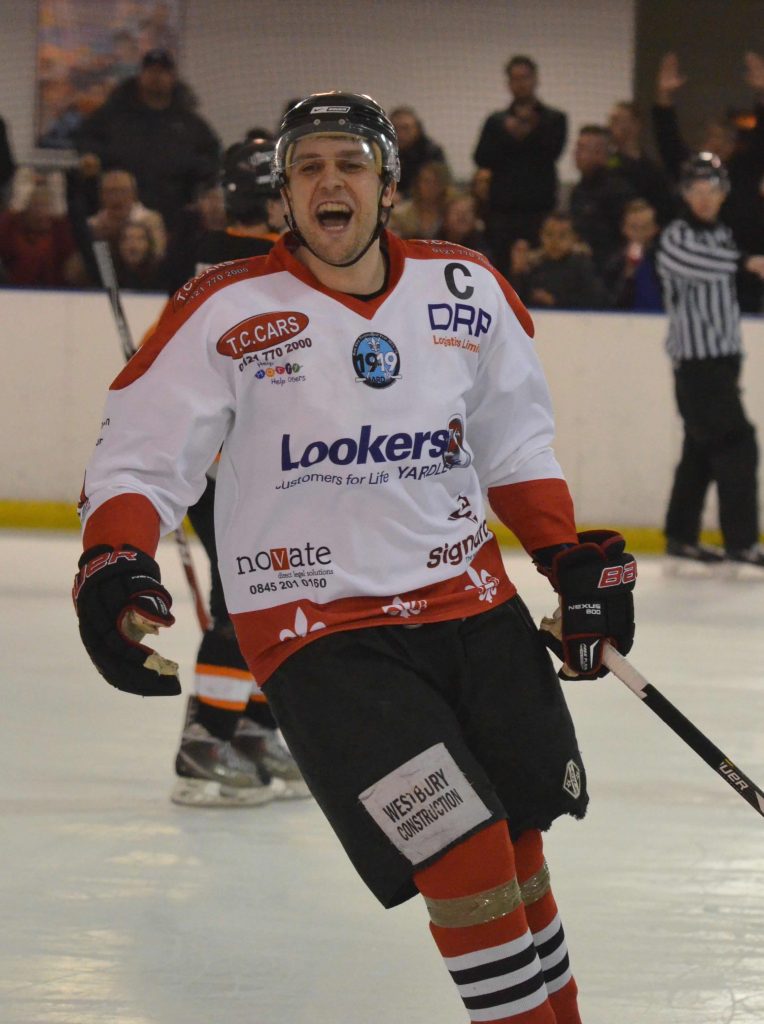 For most Barons fans Rob Eley needs no introduction. As a big man on the forward lines Rob played nine seasons for the Barons (plus 5 more in Solihull Blaze / Kings guise), captaining the side for three seasons before retiring from play at the end of the 2015-16 season. The only Baron to have his number retired – 19 – Rob found the net for Solihull over 120 times.

Player coach Daniel Brittle was delighted at being able to bring the Big E back into the Barons fold :

“I’m excited to welcome him back, a great presence in the dressing room and a well respected member of the Barons – he has a lot to offer and a lot people will learn from.”